The Kiwanis Club of Belleville is one of the sponsors of the Gateway STEM High School Robotics Team 931, Perpetual Chaos. The team’s mentor and coach is Frank Dressel, a member of the Belleville Kiwanis. The team competes in the FIRST Robotics Competition, which is highly competitive. This is the 18th year of competition for Team 931. The game this year is a bout between two alliances of three robots battling to place hatch covers and cargo to win the match. 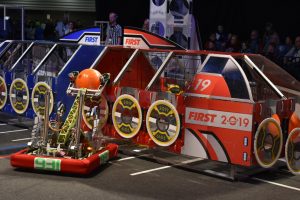 Team 931, Perpetual Chaos competed in the St. Louis Regional this past Friday and Saturday against 48 teams from Illinois, Wisconsin, Indiana, Ohio, and Missouri. Our team finished qualifying rounds with a 5 and 5 record for 17th place and were not picked up for the Saturday afternoon playoffs. 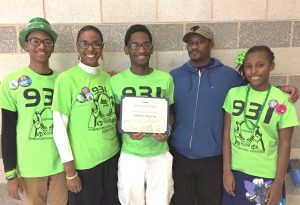 A weekend highlight for the team was the selection of junior and team co-captain Chibale for the STL Regional FIRST Dean’s List. The Dean’s List Award began in 2010 to celebrate outstanding student leaders whose passion for and effectiveness at attaining FIRST ideals is exemplary. It recognizes the leadership and dedication of the FIRST most outstanding students. Chibale will be invited to Houston for the World Championships to compete with other regional winners April 18-20 for the best ten Dean’s List winners.

Team 931 also spent time helping Rookie Team Culture 7746 from the Innovation Concept Academy at Blewett who finished a respectable 34th place. “Lots of teams helped them finish their robot as well as keeping it running and we’re real proud to be one of them,” said Frank. This shows that, while the competition is intense, they help each other across the finish line. 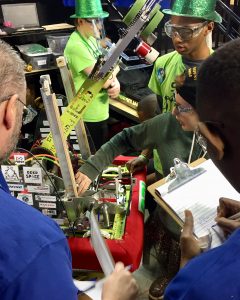 The robot is now back in the bag and the team is looking forward to the Mid-Missouri Regional in Sedalia the first weekend of April for another chance to earn an invitation to the Championships.