I-I Key Leader is back (after a year off) ♥️Key Leader is a weekend experiential leadership program for high school students. 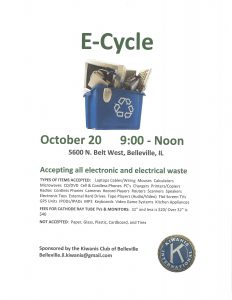 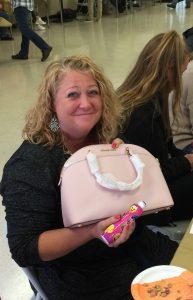 Many left with designer purses, some left with cash, one left with a barrel of booze, and another left with a chance to win over $1,000,000. These were a few of the many prizes given away at the third Belleville Kiwanis Designer Purse Bingo held at the Quail Club last Sunday. The day was filled with good music, great friends and family, cheering, and some “aww S%!.” The energy and the number of winners kept growing throughout the day.
“The thing I love about this event is that everyone leaves with a smile. That makes everyone a winner in my book,” said Susan Grimmer, Club Secretary. 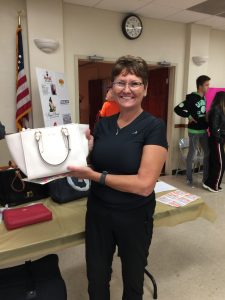 Some fun facts about BINGO are that the game can be traced back to the year 1530 in Italy. If you want a higher chance of winning, bring a friend named Margaret with you. Someone named Margaret is more likely to win more than any other name. Lastly, purple is the most preferred Dauber color. 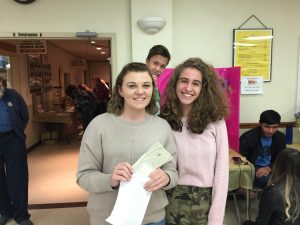 The Kiwanis Club of Belleville holds Designer Purse Bingo regularly to raise funds to help the kids in the community through various community projects.

Governor Alan J. Arbuckle joined the club members from Divisions 31 and 34 of the Illinois and Eastern Iowa (I-I) District of the Kiwanis International last Friday night at the Quail Club in Belleville. Friends from O’Fallon, Columbia, and Belleville of Division 34 along with those from Alton-Godfrey, Bethalto, Collinsville, Glen Carbon, Maryville, and Wood River of Division 31 gathered to hear Governor Arbuckle speak. The Governor’s speech highlighted an evening of warm fellowship and good food. The evening meal was provided by the Bellville West High School Key Club.
Governor Arbuckle spoke of the state of the District. A highlight of his speech for many of us relates to membership, both in count and in quality. He encourages us to move our Divisions and the District from being a good service organization to being a GREAT one. He showed his audience how membership has declined over the years.
In response to this decline, he offered strategies and encouragement to reach out to others to join our cause in making the world a better place for children. He stressed that we must invite, inform, and involve potential members in our Club’s activities. As we do that, he also emphasized the need to make their involvement
meaningful and fun to borrow words from one of his predecessors.

Governor Arbuckle was joined by his Assistant Governor, Mr. David Daniel, who handles issues for the southern portion of the District. 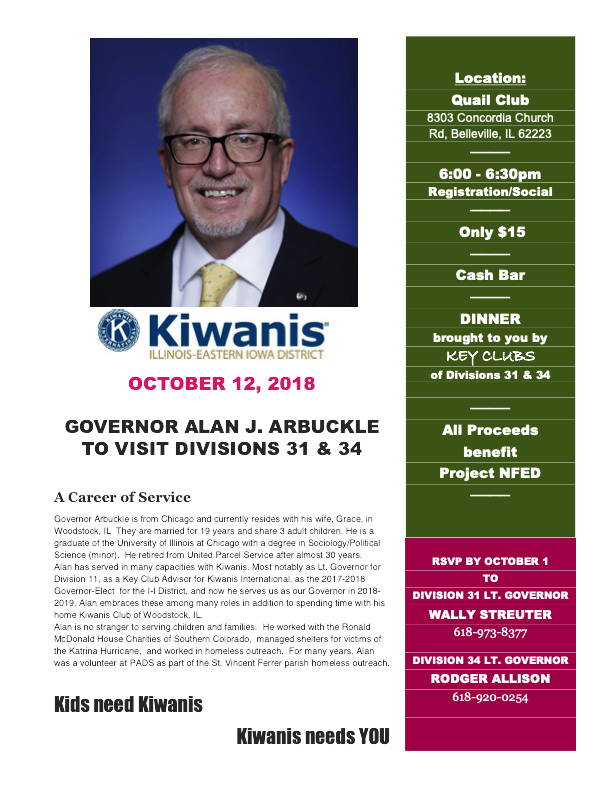