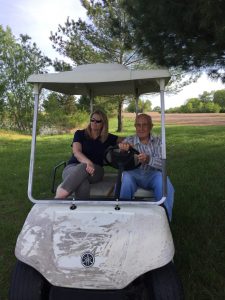 Dan Wolford hosted the 2018 Annual Kiwanis/Key Club outing that celebrates all the work the Key Clubbers did throughout the year as they prepare for the summer.
The Clubbers were fishing and everyone reeled in a catch. The most impressive catch for the evening was a 96 pound Bass. It was almost 6 feet long. After they finally pulled the catch to shore, five Clubbers were holding it proudly for a photo.

Before the photographer could get in place, the fish swatted a Cl 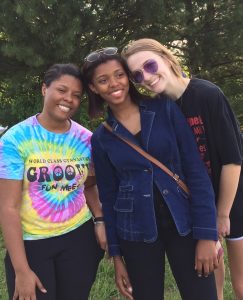 ubber in the face and she jumped with a squeal. She stumbled backward grabbing the shirt of her friend beside her and both fell backward. The slippery fish began an even more lively flop and the others tried to hang on but their feet and legs became tangled as they lost their balance and tumbled down the small embankment to the water’s edge. The fish slipped from their hands and arms .
They tried to recover quickly. However, in a scene reminiscent of the Keystone Cops, they swarmed as a group to retrieve their prize. The Bass had other plans, It flopped and floundered until it plopped into the water. With a flip of its strong tail fin, water splashed in the faces of our heroic Clubbers as this grand catch dove to the freedom of the Lake’s murky depths.
Well, at least they have a tale about the “one that got away” even if no one believes them. 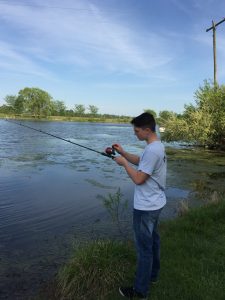 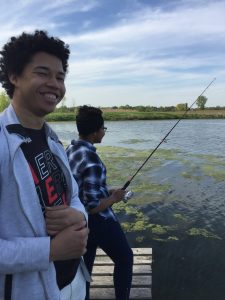 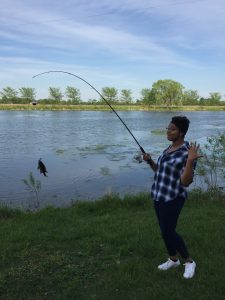